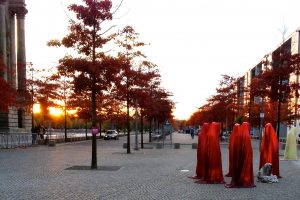 GREASE is producing two short films (15 to 30 minutes each) to raise awareness of our main themes – religious diversity governance and preventing radicalisation.

Distinguished Italian filmmaker Diego D’innocenzo (TERRA productions) has been selected to shoot and edit these films for the GREASE project. TERRA’s proposal was chosen from over two dozen high-quality offers received from filmmakers around the world.

Producing these films is an ambitious project in itself, involving extensive travel and research. The films will feature exclusive interviews with a cross section of people in Europe, Eurasia, North Africa, the Middle East, South/Southeast Asia and the Asia Pacific. These interviews will be supplemented with expert analysis.

The film essays will document how people from different regions, countries and backgrounds see religion and interpret radicalisation. Challenging stereotypes, the films will invite audiences to reflect critically and engage with one another.

Expect to see the films on our website by the end of 2019.